Given his natural draw to the beach, you may find it hard to believe that Christian was actually born and raised in Northern California; and although the ocean there is beautiful, it’s rarely warm enough to actually go in.

Since his move to Southern California in the mid-90's, Christian has been shaking up the design world from his late nights in studio at USC  to his early professional days designing some of the most interesting homes the LA beach cities have seen in years. And yes, they almost all have beach views. Christian's love of the outdoors, particularly the warm sun at the beach, has continually played a role in his designs of various structures. His belief that the best designs are a product of their location and environment gives his projects true meaning. A significance gained by truly understanding the context of a place before even a single line is drawn.

This philosophy, developed during Christian's early years as an undergrad at USC's School of Architecture, made such an impression on the faculty that they asked him to stay to get a masters degree. So a few  years and many late nights later, Christian entered the professional world. After some stints working for a reputable contractor and working as a furniture designer, Christian found an office that gave him an instant opportunity to realize his designs: Studio 9one2 in Hermosa Beach, CA.

Christian's four years at Studio 9one2 had quite a positive impact. Aside from some truly innovative home and office designs, Christian became a master at communicating with both residential and commercial clients alike. As a lead designer and project manager, he had a reputation for providing clients with honest advice, not just just the good news, but all the facts, allowing clients to make well-informed decisions. It was this honesty and design sense that led so many of the projects he was involved in to be built even better than the clients' original vision.

After some time, Christian recruited his friend and future modative business partner, Derek Leavitt, to join him at Studio 9one2. The two took the collaborative mantra of the office to new levels, designing projects that were the result of an intense, critical team process. They became their own harshest critics, allowing only the best designs to see the light of day. Two of their designs that passed their rigorous standards, The Glaze and Dieser residences, both won prestigious AIA Awards. Christian saw the positive effects of his collaboration with Derek as a sign. They teamed up with their other former classmate and friend, Michael Scott, and the idea of Modative sprang to life.

Christian co-founded Modative in Los Angeles in 2006. What began as a low-budget operation in one of the founder’s basements has now become a successful young architecture firm that is known as much for their unique styles of management and marketing as for their modern urban design savvy.

So aside from his obvious design skill, here's a little secret about Christian that he may not want us to tell you. He is hyper-organized and a great researcher. We know, these extreme creative types rarely cross that line into the rational world, but that is the paradox of Christian. A paradox that we at Modative embrace. Yes, the design skills are great, but it is his diligent research, informing and controlling his design projects that give them true power and meaning.

So whether you’re looking for an innovative site layout or a well written and researched memo on boring code stuff, Christian is your man. 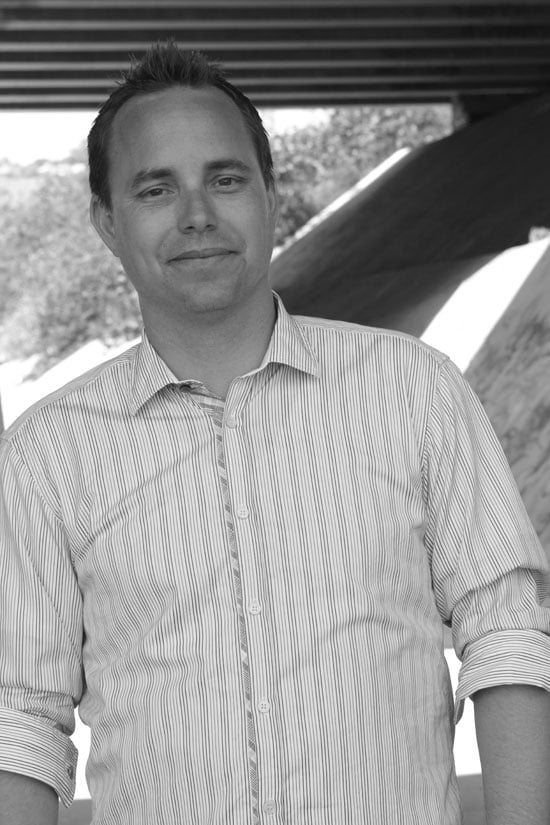