Derek's artistic expression formed at an early age staying up late building entire cities with Legos. This, combined with his interest in art, caused him to declare (at age five) that he wanted to be a "draw-er" when he grew up.

This vision for Derek's future was, however, slightly altered during his teen years. Even though he grew up only a stone's throw from the beach in  Los Angeles,  he shunned the obvious choice of surfing for the East Coast pleasures of Ice Hockey and Lacrosse. It was in these team-oriented sports he learned the art of collaboration. This, combined with his graphic artistic abilities, led him to the career path of architecture. Besides, there is no such career as a "draw-er", but don't tell Derek.

Attending USC's School of Architecture proved pivotal in many aspects of Derek's life. He  spent a semester studying architecture in Italy, where he spent numerous days sketching and discovering how the sophisticated urban environment of many of Italy's cities created a quality of pedestrian life in the street that is rarely found back in the States. To this day, one of his goals is to utilize design to improve the pedestrian experience on the street. And as he often says, "No city needs this more than Los Angeles."

In addition to his heavy architectural coursework, Derek minored in business administration, picking up the real-world skills that he felt were lacking in his design-based education.

Fresh out of school, Derek started full time at David Jay Flood Architect (DJFA) in Santa Monica, CA, where, as a young professional, he was quickly given a high level of responsibility. Derek accepted this role and ran with it, managing and designing large projects such as Yosemite Institute's Environmental Education Campus located in Yosemite National Park. It was during the development of this project, in such a serene and sensitive location, that Derek learned the value of sustainable design, years before the current "green" trend began. While at DJFA, Derek also recruited his college classmate and friend, Michael Scott, to join the firm. If Derek and Michael's productive years at DJFA proved one thing, it was that they worked well together. Even in those early years, the plot to start an office began.

After several great years at DJFA, Derek went to work for Patrick Killen at Studio9one2 in Hermosa Beach, CA, where he teamed up with future Modative partner, Christian Návar. Although Christian and Derek had studios together at USC, it was during this time that they discovered that their best designs came as a collaboration. The two collaborated on the design of many successful medium to small size projects. And in the process, two of their home designs won prestigious AIA design awards.

Just prior to forming modative, Derek had a brief stint working for his former professional practice professor at Michael Hricak Architects (MHA) in Venice, CA. Michael Hricak, an expert in the art of starting an office, was extremely supportive and helpful when Derek decided to form Modative with Christian and Michael.

As it turns out, some of Derek's earliest interests in getting things built (the Legos) and collaboration (team sports) remain alive as some of the core founding principles at Modative. In the last few years, Modative has established themselves a leading expert in Los Angeles’ innovative residential small lot subdivision ordinance, providing the firm with a steady flow of work and influence over the future of development in Los Angeles.

Derek is a licensed Architect in the State of California and the 2019 Board President of the Building Industry Association Los Angeles/Venturas Chapter. 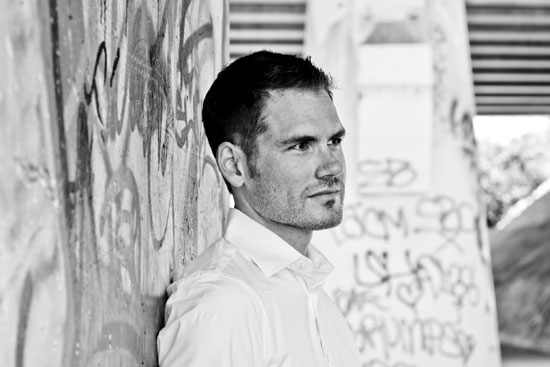